Umrah: Types and Tips on Booking

Umrah: Types and Tips on Booking 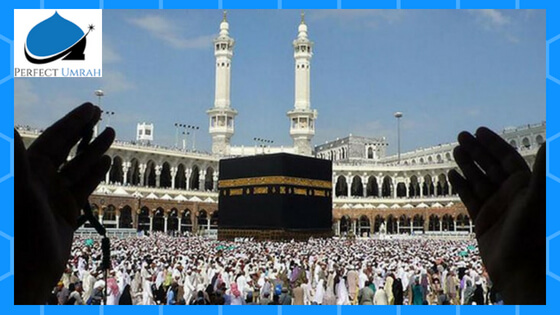 There are two Types of Umrah:

Al-Umrat Al Mufradah; where the Umrah is performed separately from Hajj.
Umrat Al-Tammatu; where the Umrah and Hajj are performed together. In this type of Umrah, first the Umrah rituals are performed followed by the Hajj rituals.
People dream about performing the Hajj or Umrah in their life. There are many companies around the world who are offering different packages for the Umrah. They have the cheap Umrah packages with

Different services and facilities in the affordable prices.

The cheap Umrah and Hajj packages are introduced by different companies in the different seasons. To look out for the cheap Umrah packages, you need to check the following seasons for the best and reasonable packages:

The Umrah bookings are expected to open from 21st September as the season is starting early this year 2018-2019.

You need to book your seats early in the months of October November and December, as it is the holiday season and people are expected to perform Umrah more in this month. The cheapest packages are between the January and February 2019.

Ramadan Umrah Packages mostly have the highest prices and not everyone can perform Umrah in this month. As Ramadan is a sacred month, more people like to visit the Holy Places, Madina and Makkah in this blessed month. The demand is very high, so if you plan to go for Umrah in this month, better book your flights and hotels when the prices are reasonable.

You can choose the options for the packages yourself and it’s called the “Tailored Umrah Packages. When any company is offering you the cheap package deals of the Hajj and Umrah, these packages basically include:

The prices are relatively cheap and reasonable with the best services offered to the client.
The flight tickets are offered by some of the companies. But mostly these packages are without the tickets and the customer has to be careful to book their tickets before the prices hike up or all the seats get booked. But the Umrah packages have special deals with the airlines and can provide you with the service on the discounted prices.

Some companies also offer the Visa service, whether it is included in the package or demanded by the customer separately. These companies have the transportation service included in their package. This means that the car will be available to you at any time. It will transport you to wherever you want to go and are trustworthy and punctual.

The selection and the booking of the hotel are also done by these companies and it is included in the Umrah Packages. They are affiliated with best hotels and give their customers the best service.
The best Hajj and Umrah companies will always provide you with the guaranteed protection so the customer knows that they are secure.

Many people hesitate to choose any company for these packages because of the stories they hear from other people. There are frauds companies that doesn’t satisfy the client or give the same services they have promised. To avoid such scenario, you must check the reviews and recommendations of the previous clients before choosing any company for the cheap Umrah packages.